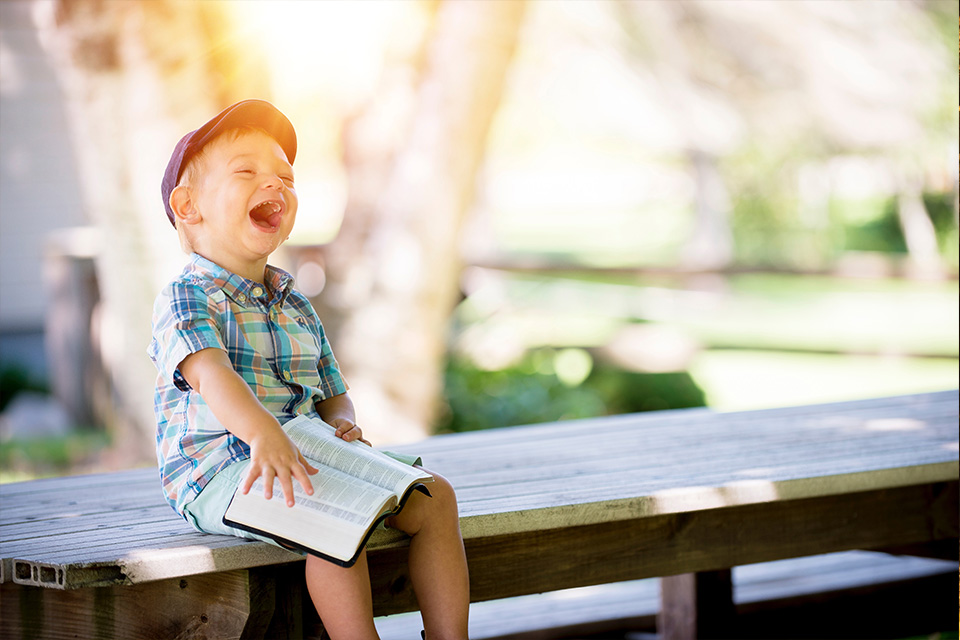 We’re on and into a new year and we have so many things to look forward to. I’m very happy to be living in this day and age. I have SO MUCH to be thankful for!

Twenty can also represent completion, sufficiency, or the perfect waiting period; Jacob waited 20 years to gain possession of his wives, his property and his freedom from his father-in-law, Laban (Gen. 31:38-41). The children of Israel waited 20 years to be freed from Jabin, King of Canaan, when Deborah and Barak freed the people from bondage (Judges 4-5).  And, the Ark of the Covenant sat for 20 years at Kiriath Jearim, before it was moved again. Things that we’ve been waiting for will suddenly come to pass.

Nineteen is often called the number of surrender or faith. And, when new opportunities are about to knock on your door, you will see the number nineteen everywhere.

A Time to Laugh and Rejoice

I actually woke up on New Year’s Day laughing. And I said to myself this is going to be a great year! We’re working on Genesis right now.  So, the very first thing that came to my mind was the story of Abraham and Sarah. God came to both Abram and then to Sarai and told them that that they would have a child, even though they were way past the child bearing age; Abraham was 100 and Sarah 90. And they both laughed. Not just Sarah, but Abraham as well.

Genesis 17:17 “Then Abraham broke into laughter and fell to the ground, saying to himself, ‘How in the world could a hundred-year old man become a father? How could my wife, Sarah, get pregnant at ninety?’”

Genesis 18:12 “So Sarah laughed to herself with disbelief, saying, ‘How in the world could a woman my age have a baby! After I’m worn out will I now enjoy marriage bliss and conceive with my aged husband?’” 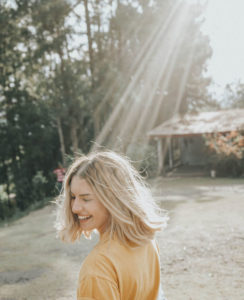 Have you ever fallen to the ground laughing? My husband often makes me laugh so hard that I’ve had to stop and catch myself or sit down because I couldn’t take it anymore. I felt like I might fall over myself. This is how Abraham felt. He could hardly take it when he heard the news. That’s where the word “overjoyed” came from. I prophesy that this year you are going to have those times when you will have to sit down before you fall over in joy. Your body, soul and spirit will become overwhelmed as you explode with His joy unspeakable, full of His glory!

This was also the time that God changed both of their names. Abram became Abraham and Sarai became Sarah. Abram means “exalted father”, while Abraham means “father of a multitude”. Sarai means “princess”, while Sarah means “queen”. Their season of waiting was over for them. They had waited and waited, and their time had come. And the Father changed their names, signifying the end of an era and beginning of a new one.

Some of you have just recently realized that you’re a son and have finally embraced that identity. Well, it’s time for another advance. God is moving you on to “exalted father” and then, as you laugh at your adversities and believe for your day of miracles, He’s going to promote you onto being a “Father of a multitude”. You will never lose your sonship, but it’s time to be a father to multitudes and to see your influence in the Kingdom of God multiply.

Who wants to follow a grumpy, grumbling, unbelieving, doubting Christian? Your sphere of influence is about to change. When you laugh in the face of the enemy and believe for breakthrough, while standing on His promises, you change. And you’re about to experience an anointing being released that changes the very atmosphere around you. When you believe, things begin to happen. Things that you never thought possible will begin to fall into place. And not only that, but you will be more like Him, changing water into wine for others, the wine of Holy Spirit! Our ho-hum, I’m-just-trying-to-make-it-and-get-through-the-day existence is going to turn into “joy unspeakable and full of His glory” days. And you will see His victory manifest even in your trial and testing days! You will sing at midnight like Paul and Silas, and break out of your prison!

Time to put your dancing shoes on!

Believe me, everyone dances when they see the lame walk and the blind see. God is going to show up for you in those seemingly impossible situations, making a “NO WAY” situation into a “YES WAY” by God. It’s time to let yourself laugh. Let the faith of God rise up in you today. It’s time to be a believer and not just a follower. Let the Sons become Fathers and ‘exalted Fathers’ become ‘Fathers of multitudes’. And you will see your life multipled because you’re not only filled with Jesus, but His anointing will exude from you, spilling out onto those around you! 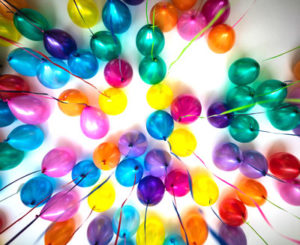 I remember a dream I had a few years ago where I opened a closet that was jam-packed full of balloons. There was no room for anything else. And there were so many balloons in it that they began spilling out. This year, may you be so jam-packed with Jesus, Holy Spirit and the Father that all that can spill out of you onto others is His lovely anointing of joy filled with all of His fruits in believing!

Time to get up! Doom be gone, gloom get away!

Here’s Isaiah 9:1-3, “No more gloom for those who are in distress! Although the Lord greatly humbled the region of Zebulun and Naphtali, he will one day bestow upon them great honor… Those who walked in darkness have seen a radiant light shining upon them. They once lived in the shadows of death, but now a glorious light has dawned. Lord you have multiplied the nation and given them overwhelming joy! They are ecstatic in your presence, and rejoice like those who bring in a great harvest and those who divide up the spoils of victory! For you have broken the chains that have bound your people and lifted off the heavy bar across their shoulders, the rod the oppressor used against them. You have shattered all their bondage.”

Get Ready to Laugh

This year, get ready to laugh and laugh, and overflow with gladness, as you say, “The Lord has done great things for me! Yes, He did mighty miracles and I am overjoyed!” (Psalm 126)

“It was like a dream come true when you freed us from our bondage and brought us back to Zion! We laughed and laughed and overflowed with gladness. We were left shouting for joy and singing your praise. All the nations saw it and joined in saying, ‘The Lord has done great things for them!’ Yes, he did mighty miracles and we are overjoyed!” (Psalm 126:1-3)

Now, Lord, do it again! Restore us to our former glory! May streams of your refreshing flow over us until our dry hearts are drenched again. Those who sow their tears as seeds will reap a harvest with joyful shouts of glee. They may weep as they go out carrying their seed to sow, but they will return with joyful laughter and shouting with gladness, as they bring back armloads of blessing and a harvest overflowing!